When the Brexit vote was initially proposed, many Irish businesses recognised the commercial threat that an exit from the EU by the UK could represent. However the general consensus was that it would probably never happen. So today with the Brexit vote carried by a marginal 52%, there are shock waves running through the business community, with SME manufacturing exporters facing uncertainty in the future and an immediate decline in revenues with the fall in sterling.

National broadcaster RTE took the opportunity to visit Spectac International’s new premises to discuss the implications with founder and Director Tony Healy. The company has grown significantly in recent years and much of this expansion came from new business in the UK, with that market now accounting for 20% of the company’s annual turnover. 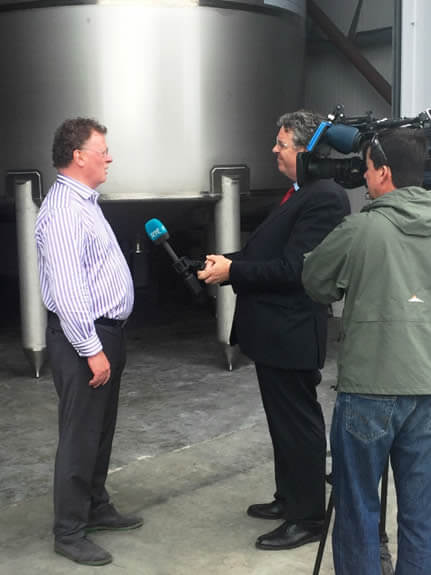 With an expectation that the British economy will now slow down, Tony was asked if Brexit would have an impact on the business and what were the considerations. He outlined his concerns about the value of exports to the UK, given the currency fluctuations and a possible contraction of the market there. In particular, having border controls between the North and South of the island could present difficulties – bearing in mind the business is based in Dundalk and has extensive cross-border commercial activity. Tony explained that Spectac International “had been hoping for the UK to remain in the EU and the business now faces uncertainty as it’s hard to know how things will unfold”.

However ultimately we believe we need to be measured in our response and given the economic challenges we have all faced in the not-so-distant past – the Irish business community is hugely resilient.