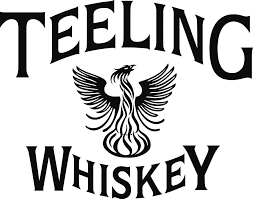 Spectac International is delighted to announce they have won a contract with Teelings Whiskey. The project brief is to manufacture fermenting, hot and warm tanks, spirit tanks, process water tanks, pot ale and spent grain tanks for their new distillery in Dublin City.

The Teelings Whiskey project is an exciting undertaking for Spectac International as it will be the first working distillery to open in the capital for more than 125 years. The distillery will be located in the historic Liberties area of Dublin City and will cost €10 million to develop. When completed, the distillery will have the capacity to produce 1.5m cases of whiskey a year.

The opening of the distillery is good news for the local jobs market. Once the new distillery is operational Teelings Whiskey plans to employ 30 permanent staff.

“This project brings distilling back to an area of Dublin long associated with world class whiskey which, at one stage, had 37 different operational distilleries and was known as the ‘Golden Triangle’ due to the cluster of Irish whiskey manufacturers in one small area.

“Dublin whiskey was at the forefront of the last golden age of Irish whiskey. We aim to revive the Spirit of Dublin by putting Dublin and Teeling Whiskey firmly back on the map again,” he added.

Teelings Whiskey already has an established customer base in Ireland and exports to over 25 other oversea markets. The development of the new distillery will help the expansion of the brand internationally.

The construction of Teelings Whiskey is another example of how Irish distilling companies are seeing a surge in growth in recent years. Spectac International is playing a vital role in the development of distilleries across Ireland.

View our case studies page to see some of our completed distillery projects or contact our sales team for more information.