The Big Revival of Copper Pot Stills in the Spirits Industry 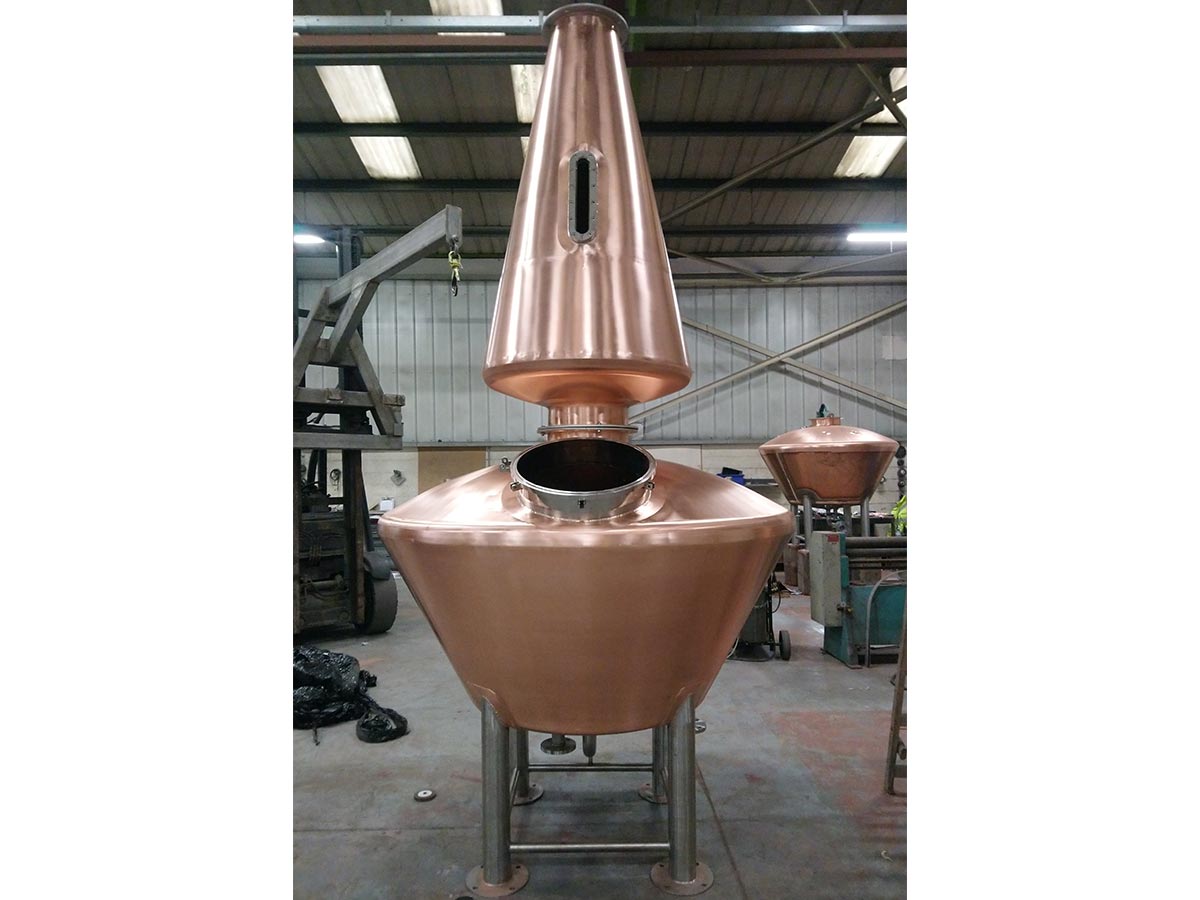 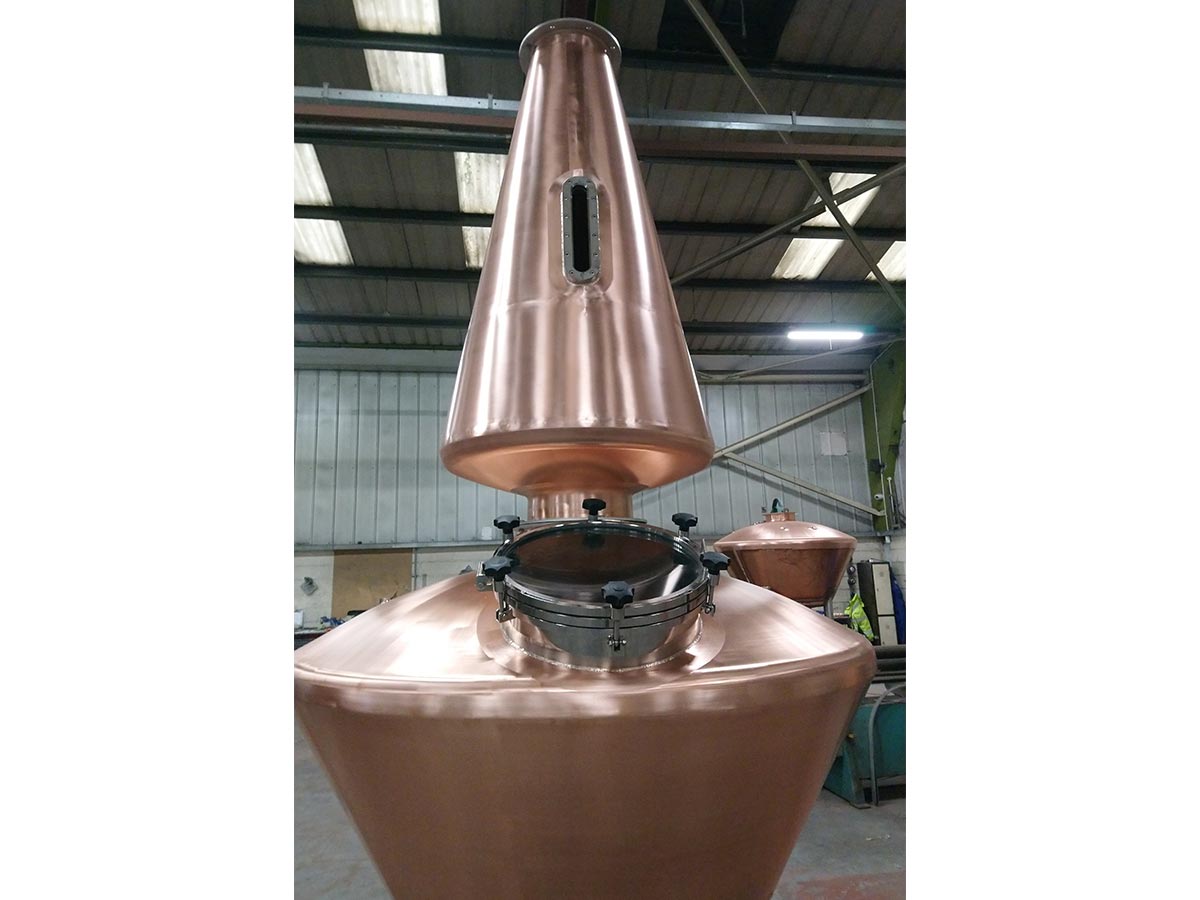 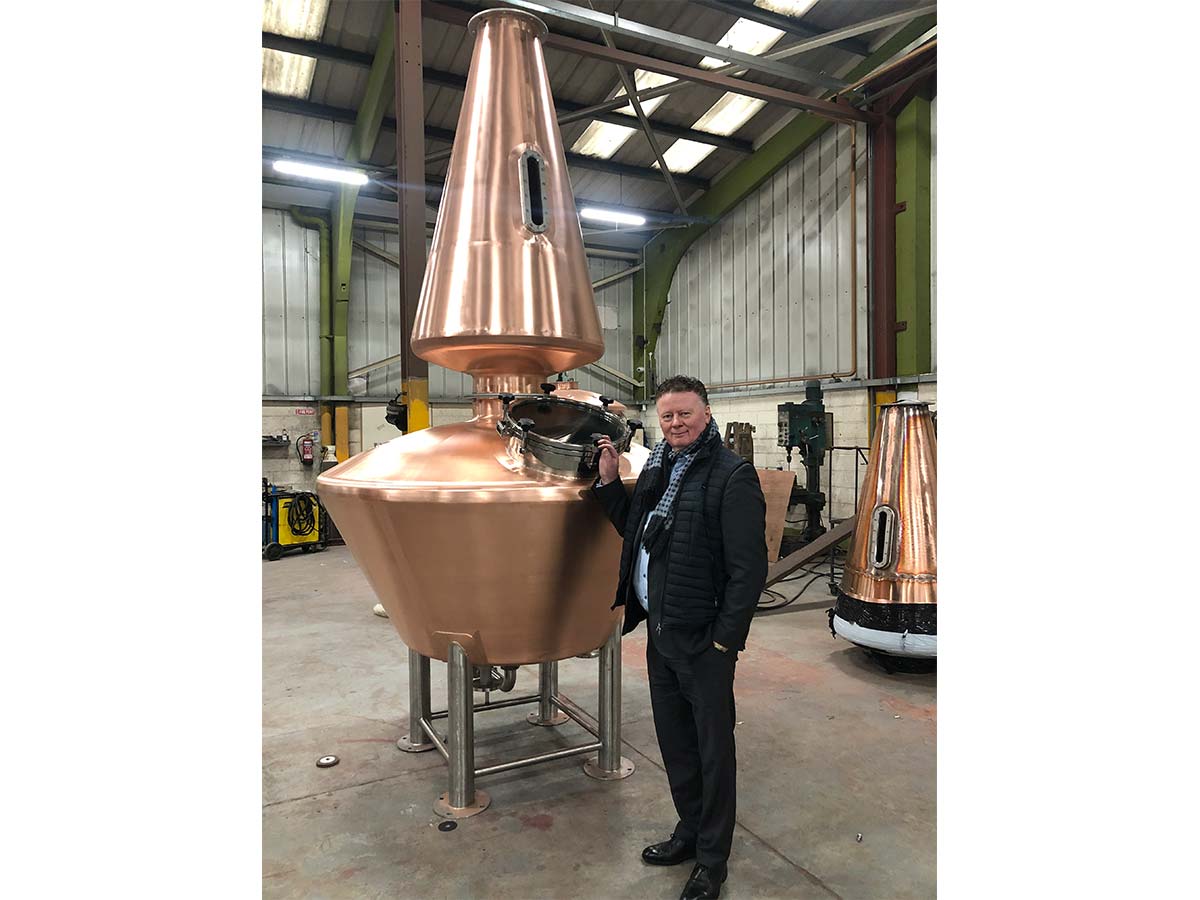 The company is now offering copper pot still distillery solutions that are uniquely designed and made in Ireland.

Spectac are the only producers of Irish made copper pot stills that are 100% Irish designed and made, reviving a piece of Ireland’s whiskey heritage. To date, Irish whiskey distillers have had to import their copper stills from other European countries. Like all our products, these copper stills can be incorporated into turnkey distilleries to meet specific client requirements.

Commenting on the launch of this new product offering, Tony Healy founder and CEO of Spectac International, said “Since the 1800’s Copper Pot Stills have not been manufactured in Ireland and we are now proud to be a part of the revival of this Irish heritage. The making of copper stills has been a project we have been developing for quite some time now and significant R&D has gone into the development of this new product.”

Copper metal is resilient yet very flexible and malleable making it easy to be shaped and suitable in constructing alembics and bespoke still designs. Pot stills are employed as a distillation device to distil alcoholic spirits such as whisky or cognac. Spectac can produce copper pot stills in various shapes and sizes depending on the desired quantity and style of spirit being produced. By law, cognac, Irish and Scotch malt whiskies, and single pot still whiskey must be distilled using a pot still.

In recent years Ireland has experienced a resurgence in the number of whiskey and poitín producers. In fact, whiskey has been the fastest-growing spirit in the world every year since 1990. Due to the ever-increasing demand for these spirits, both nationally and internationally, pot still whiskey and poitín are now being widely produced across the country. 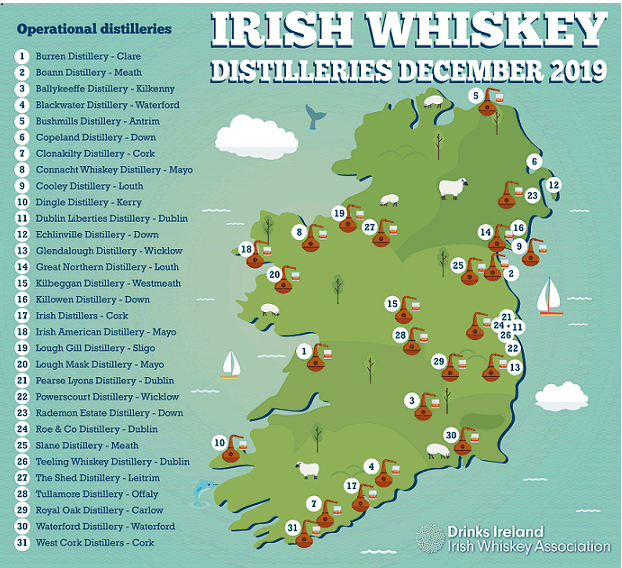 Back in the 19th century there existed over 88 licensed distillers in production on the island of Ireland. Current records indicate that there are a little over thirty whiskey distilleries in Ireland. Much of the Irish produced spirits are sent to markets such as the USA, for example. According to the Irish Whiskey Association exports of Irish whiskey were worth €647 million in 2018, with over 12 million cases expected to be sold in 2020.

In the USA, which is Ireland’s biggest consumer of Irish whiskey, millennials are seen to be the root cause of the resurgence of its popularity. A report, commissioned by the Drinks Industry Group of Ireland, found that spirits represented 20.5% of the alcohol sold in 2018, a 5.6% increase compared to the previous year. The revival of copper stills and distilling in general has also had a positive impact on the tourism in Ireland, with many people travelling from afar to see the traditional production process of Irish Spirits first-hand.

What is a copper pot still?

A copper pot still is used mostly to distil alcoholic spirits like whiskey. Copper absorbs sulphur compounds and yeast cells produced during fermentation, preventing the production of toxic chemicals in the distillate. Copper is seen to improve the quality, aroma and taste of the end product making it the most popular material to use for pot stills. Many people argue that whiskey from a copper still is far superior to that of a stainless steel still. Stills generally consists of a boiler which holds the liquid, a cone or cap shaped top to allow the vapour to rise, a lyne arm or a column and a condenser where the vapour is turned back into liquid. There are additional elements that can be added to a still to improve its functionality and quality of the end product.

What is a copper column still?

Column Stills are a variety of still that consists of two or more columns. This concept came about as a need to separate flavours arose. For the likes of vodka, poitín or whiskey, there could be several columns connected as the process helps to purify the end product. The column still was patented by an Irishman named Aeneas Coffey in the 1830’s. The column still cut distilling time dramatically, this caused some angst at first, with many distillers not willing to adapt to the new technology. The belief back then was that taking time was key to a good end product. The Irish tradition was always to use a single pot still distillation for whiskey as it tends to be rougher and raspier than that produced in a column still. However, the resurgence of Irish produced whiskey and spirits has seen the column still included more and more in the process. Some of the leading brands are now adapting a 50/50 process that includes the sue of both a pot still and a column still.

A pot still is simply a large kettle, that boils off the alcohol, allowing the vapors to be sent to a condenser and separated. With a column still, the flow reverses, rather than bubbling up like a kettle would, the column still liquid flows downwards with the vapour then rising through a series of partitions known as plates or stripping plates. The main difference is that the traditional pot still operates on a batch by batch basis, while the column still can produce continuously. In doing so it can create purer alcohol of over 95% ABV. The inclusion of copper in the design and manufacture of such stills is not for appearance but because of its ability to rid the spirit of sulphur as mentioned previously.

Stills are traditionally made from copper, with Irish Whiskey thought to be one of the first drinks distilled in Europe around the 12th century. Copper is used as its ability to deform under pressure allows it to be hand-beaten into a multitude of complex designs, curves and shapes. Copper also has superior conductivity, which is an advantage for heat exchange, dispersing the heat evenly across the entire surface of the metal and creating a more even distillation.

If you have a question regarding our storage vessels contact us today to find out more about how we can help.